We the netizens constantly crave a new obsession and these sarcastic, animated pictures have certainly become an integral part of our culture. It is said that a picture says more than a thousand words – and companies are utilizing these visual assets as various forms of communication on social media marketing, newsletters or blog posts. It is being embraced as a perfectly acceptable mode of communication for brands, political leaders, official emails, as well as social media.

What Is A Meme?

Memes refer to a part of digital content having captioned photos that relate in a much effective way to relay response or situations. Anything and everything can be made into a meme, like; a photo, a video, a person, an animal, a fictional character, an action or even a GIF.

What Is A GIF?

A GIF is a form of a meme, which can move. The animated styles of GIFs make them more effective in communicating digital content. 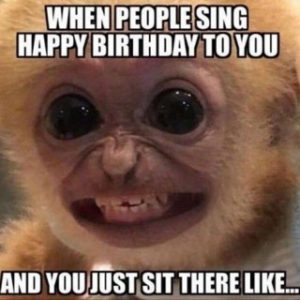 Memes and gifs have paved a way for non-verbal communication on the digitally mediated environments.

They offer concise and flexible expressions for various complex verbal and visual sentiments.

They simply ease the way that communication ensues, reducing the trouble of misunderstanding while reading a text message.

Various sentiments, like sarcasm or exaggeration, can be easily reflected using memes or GIFs.

The Growing Preference For GIFs:

GIFs are the perfect mid-way between the classic images and heavy-to-load videos and give the value of best of both worlds. They are eye-catchers due to the moving images, with or without sound, which makes them quick to consume and easy to digest. An idea can be expressed better and wider as compared to just one photo.

Why Do We Use Memes and GIFs?

The richness and nuances of various sentiments can be condensed into a single post using memes or GIFs. It is fast becoming the most efficient form of cultural expression even in the mainstream marketing communications.

Where a YouTube video takes some time to watch – these GIFs can serve the purpose in lesser time. They take up less file size because they’re shorter and do not require Flash player. They can autoplay on various platforms and can be deployed in multiple ways. They add meaning to something written or even to express better responses to various scenarios.

GIFs are being used not only to make you laugh but also transport some serious meaning to its content. People are using GIFs for educational purposes, like; drawings, illustrations and slow-mo videos to describe scientific concepts.

Brands have made GIFs mainstream by using them into various ads and mode of internal as well as external communication.

What The Future Holds?

These GIFs and memes are here to stay. They will be used in an even broader sense to promote marketing content, drive more traffic and create more interest by the marketers. There are various websites and blogs using memes and GIFs to enrich their visitor experience. It is suggested that GIFs are the future of photojournalism.

Everyone on the internet has fallen truly, deeply, madly in love with GIFs and memes – and I hope to see a lot more of them in the future.